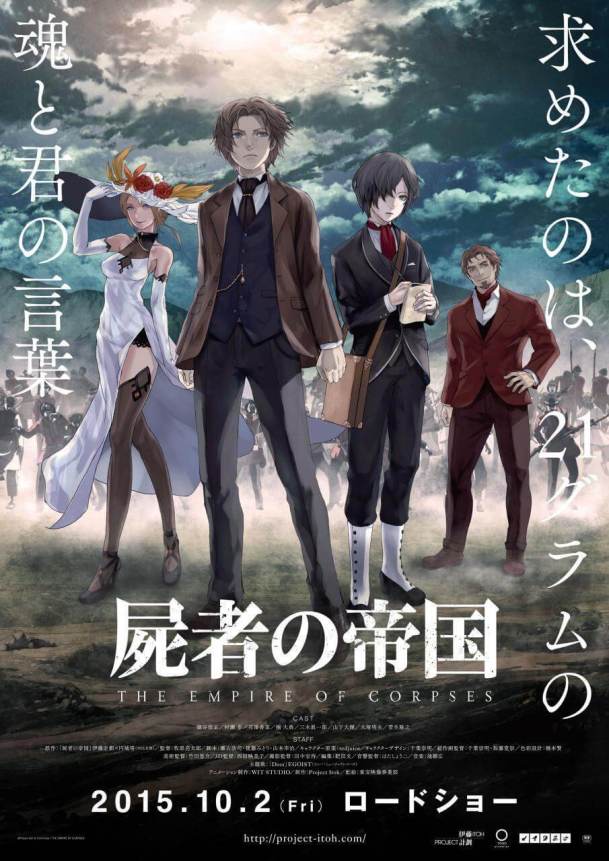 In the 19th century, humanity was able to develop a technology which reanimates corpses. Clearly, those corpses do not have any individual thoughts or emotions but are programmed to work for the humans. With this new technology, the reanimated corpses can move around but their soul cannot be returned. Nonetheless, it is said that Doctor Victor Frankenstein was able to do a successful reanimation of a corpse who possess a soul. He disappeared shortly after this. Moreover, a medical student from London named John Watson wants to keep the promise made to his partner Friday. Watson got scouted by the government and starts to search for Frankenstein’s notes. Indeed, he thinks and believes that these notes are the key to the secrets of a human soul. However, he learns the harsh truth of the corpse technology and has to pay a high price to progress his research.

The anime movie has a very interesting concept: bringing corpses to life with an artificial soul. It is quite amusing to see that people live along with those corpses such as they use them especially to work for them. Nonetheless, the corpses are also used to do damage like in wars. Even though the corpses consist of artificial souls, they cannot replace a human soul because of the lack of emotions. The fact that many people misuse those corpses, they try to do more and more experiments. An example is M who wants to turn every human being into corpses. According to him, this will solve crimes, end wars and violence. In others words: M wants to punish humans for their cruelty they have done to this world. 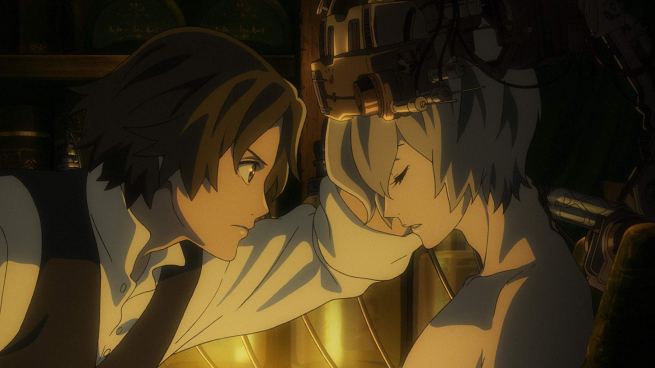 The most interesting aspects of the movie are the famous well-known names such as Friday from Robinson Crusoe. One can say that here Friday as a corpse is Watson’s slave by writing everything down and doing as he is told to. Other famous names are John Watson from Sherlock Holmes and Victor Frankenstein including his notes of reincarnation. Also The One is referred to Frankenstein’s Monster. Also references to James Bond are included such as M, Moneypenny and 007 (Friday’s secret code name). Thomas Edison also has an appearance in the anime movie; just to mention a few. We like the gathering of the fictional and historical characters into one story; it makes the movie enjoyable to watch especially when you are familiar with the characters.

Furthermore, many emotional scenes are also represented. The most saddest scene is the one between Watson and his friend Friday. Watson does everything to bring him back to life. Friday tries to kill Watson but then in one scene he recognizes his friend (the scene with the pen). Indeed, Watson feels guilty and awful for letting Friday suffer that much and Friday’s suffering is also quite heart trending.

We really like the depiction of the characters in ‘The Empire of Corpses’. Their appearances are very lovely and they have good personalities. For example, Watson seems to be a very nice person who does everything to get Friday’s soul back. However, he also has a negative side, he is very greedy: Instead of destroying the notes of Frankenstein (as he has promised because they only do harm), he tried to use them which turns out into a big catastrophe. However, one can say that he only does this because of his love to Friday. We kinda like the relationship between both especially the flashbacks of their past make you empathizing with them.

The art in ‘Shisha no Teikoku’ is very beautiful and the scenery are mind blowing especially the mountains. We also like the setting in different cities and countries such as Russia, London, India etc. The various character design is another highlight. Whereas Friday and Watson have a more cute appearance, Burnaby for example looks more ‘masculine’ and harsh. The woman Hadaly has a more or less sexistic appealing.

Side Note: we recommend to wait after the credits because more scenes are added which are quite important for the storyline.

All in all, the anime movie is very interesting and enjoyable to watch. Even though it is a bit difficult to follow, we really like it. It consists of many action scenes but also emotional aspects are included. We definitely recommend this movie because it has a great and kinda unique concept.