The medley relay during elementary school with his friends Makoto Tachibana, Nagisa Hazuki and Rin Matsuoka was the last competition Haruka Nanase has participated in. Indeed they all experienced something special during that relay. Now, Haru and Makoto have moved to the Iwatobi Junior high school and a new life starts. Both plan to do a medley relay with Asahi Shiina and Ikuya Kirishima. However all of them have different goals and struggles they have to deal with. In fact, these difficulties complicate the practice for the relay. They can’t be in a team and they also don’t know how to handle all of this. Especially Haru cannot stop thinking of his medley relay team from elementary school with Rin. 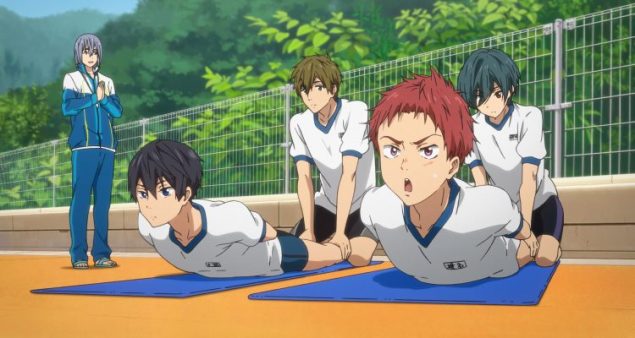 The storyline of the anime movie is really fascinating. It is the prequel of the anime series of Free!, which means that the plot is about the childhood of the swimmers. It shows as Makoto and Haru enter Junior High School (Middle School) and their best friend Rin is visiting a school in Australia while living with a host family. Rin has chosen a completely different way as he wishes to become a professional swimmer. The plot of the anime movie is interesting as it does not contain any boring scenes. Many suspenses are included such as: What are the background stories of the characters as they suffer a lot? Will they ever be able to overcome those problems? Similar to the anime series, the movie also indicates how important friendship is and how the swimmers start growing as a team.

‘High Speed!’ contains many emotional scenes and also deals with serious problems. The movie shows how teenagers are suffering from mental issues and rather keep them a secret as telling anyone about it which makes it even worse. This can be related to Ikuya who has issues with his older brother Natsuya. Ikuya shows feelings of loneliness and depression. Also Makoto suffers from the uncertainty of his reason for swimming, if he likes it or if he only does it because of Haru. Another character is Haru who thinks too much about his past and Rin’s leaving which Haru could never forgive him. So Haru refuses to swim any relays again. The last main character Asahi also has some burden to bear especially as he is not able to swim free anymore. All in all, the anime movie contains many heart trending scenes. This also has a huge impact on their swimming because the four do not act like a team at all.

Besides many emotional scenes, the movie also contains many funny elements. The funniest character is definitely Asahi as he brings many laugher to the audience. He is a bit light-headed and acts often stupid. One of our favorite scenes is the one at the library: Asahi meets Rei and comes to the conclusion that Rei must like reading books because he is wearing glasses. Further funny scenes are as Ikuya is imitating Haru in swimming but also in eating food. We also like the fights and arguments between Ikuya and Asahi. Haru also shows some funny aspects as he struggles being polite towards senpais. Referring to the scene with Natsuya as he is older than Haru, the latter is supposed to use honorific language while talking to him. Nonetheless, Haru has his difficulties to do so and therefore mostly forgets it or adds it quickly. 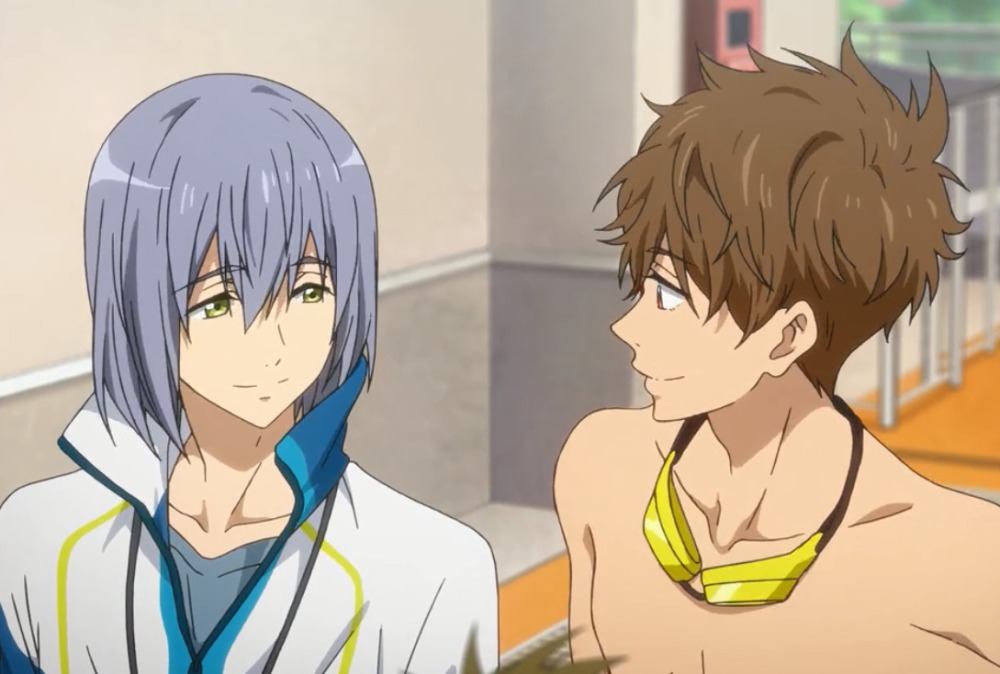 Many new characters are introduced who also play more or less an important role in the 3rd season such as the main characters Ikuya and Asahi (members of the Iwatobi swim club). Also Kisumi is more or less a new character but he also had a small appearance in Free! Eternal Summer. Ikuya’s older brother Natsuya and Nao (both senpais) also play a significant role here as they are the coaches of the Iwatobi swim club. We like the new characters because they are really interesting and also handsome. In fact, the main focus is on the Iwatobi Swim Club. Other characters such as Rin, Rei, Nagisa, Sousuke and their old coach Goro Sasabe also have a small appearance. 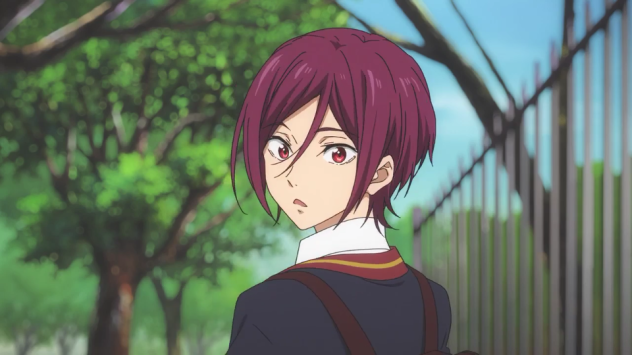 The art of the animation is mindblowing as always. We really like the details and also the background scenes especially the landscapes are awesome. The character design is also amazing: many characters show a cute appearance such as Ikuya whereas others are rather represented as handsome (e.g. Natsuya as he is a senpai). The fact, that the movie is a prequel, the characters are much younger and therefore show a cuter appearance. The bigger eyes are definitely the main reason for their cute appearances. We don’t only like the art but also the theme song is fascinating. The song ‘Aching Horns’ by Oldcodex fits perfectly in the anime movie.

All in all, ‘High Speed! Free! Starting Days’ is such a great movie, it is definitely a must seen for all Free! fans because it is very funny and also contains many ups and downs like a rollercoaster. It is amusing to see how the new characters and the older ones are trying to come along with each other. So we totally recommend it as it contributes important background information of the characters and the storyline.